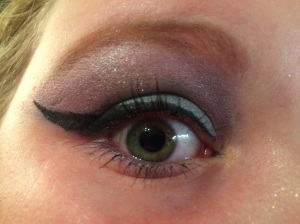 Mypdagirl looks at the world differently… 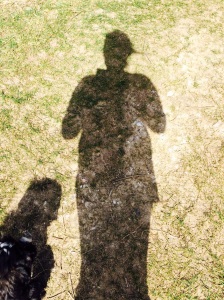 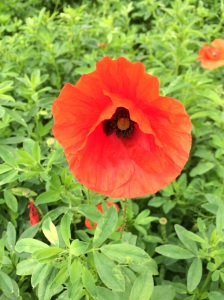 Mypdagirl calls it ‘Pill Pots Mad School’ – for the sad, mad and the bad! A caption that she and her friend, Sven, came up with together; a humorously apt description for the tiny special school they both attend.

I get a knot in my stomach when I see ‘Pill Pots Mad School’ appear on my phone during the day – it usually means there’s a problem to sort out. Invariably, I’m at work and have to drop everything at a minute’s notice to make the hour and a half long journey to the ramshackle collection of buildings that lie at the bottom of an unadopted leafy lane in deepest Sussex; rather oddly, sited next to a stone quarry that, in summer, issues great clouds of dust, while the noisy rumble of umpteen lorries disturbs the rural tranquility.

My first visit there took me unawares. I was quite unprepared for the eclectic mix of staff and pupils. I felt out of place in the strange, tribal environment where all were referred to by christian names. I was introduced for the first time to the hippy-Jewish-zen classroom teacher, the slim-as-a-whippet and equally-as-quick housemother, the generously-proportioned art teacher, tastefully swathed in pastel shades, the hooded-selectively-mute and sullen-faced girl sitting at her desk, the barely-under-control boys running along the corridor, whooping and hollering their way to the classroom. I remember thinking, ‘I can’t send Mypdagirl here – these children are SO special needs – she is not of the same ilk. She’d find it all too strange and frightening.’ My very sage and kind-hearted husband gently persuaded me that this school was, in fact, just what Mypdagirl needed. This was the school for her. Here she could get the nurturing, the therapies, the adapted Steiner curriculum that might allow her to flourish and, one day, develop into a more emotionally stable young woman. Where else would she go? Who else could cope with her?

The knot was justified. Mypdagirl had absconded, wild-eyed and spitting with fury, running barefoot like a feral child, back up the uneven, dusty lane towards home; closely followed by three teachers with furrowed brows trying to ‘talk her down’ and explain to her the difficulty of traversing forty miles with no shoes on and all the while plotting together to get her back to the safe embrace of the campus. Somehow, after a rather public show-down (she had run into the pretty little village that meets the top of the lane)  they managed to bundle her, tear-streaked and rather inelegantly into the school minibus. However, Mypdagirl is not easily settled when she is that emotionally fraught; no-one can get through her invisible barrier but me – she needed some time with Mum.

Mypdagirl and I have been incredibly fortunate. You see my employers have been extremely understanding of our needs and although I work full-time, I’ve been able to take off at the drop of a hat to sort out whatever crises have cropped up…and there have been many. On this occasion, I was able to complete my day’s teaching and Mypdagirl arrived home in a taxi – calm and ever so slightly pleased that she’d escaped school for the night and could chat with me instead.

We settled down together in our comfy sitting-room with a cup of tea and a snuggle blanket and there began the de-briefing. “So,” I said even-voiced (you learn not to add your own emotions into the mix when you have a child with PDA), “what happened at school today?” Mypdagirl altered her demeanour, she looked at me fixedly and adopted the posture that she often does when she is feeling overwrought, arms crossed, shoulders hunched up and her lips tightly pouted. At this stage, I have to be very careful how I relate to her, one sniff of blame and she could blow.

Mypdagirl crossly explained how she had been targeted by another pupil, younger than her, who had bullied her over the previous several weeks. Living and learning together, there was no escape. It all began because the child had shown mine some visual material she had been sent over the internet that no-one their age should see. When Mypdagirl recoiled in horror and told her it was “disgusting,” the child became worried that she would be found out and used threats to stop Mypdagirl letting the adults know. She had been sent a video by a man she didn’t know through Youtube or ooVoo – Mypdagirl wasn’t sure which. This is the rub: the Pill Pots cauldron contains children from different backgrounds, all of which have emotional and behavioural difficulties, usually associated with ASD but other conditions also, a few of them have a history of abuse by adults. They are all more vulnerable to predators than neurotypical youngsters. Many of them are more naive, more trusting of strangers because they are so open and honest themselves, they fail to understand the seedy minds that exist out there in the big, wide world.

There is, from a personal point of view, a great paradox here – I’ve sent my child to one of the very few schools in the country who could help her and would accept her, to find that she is, in fact, ‘sleeping with the enemy.’